China Moves to Reinforce its Regional Influence on Multiple Fronts 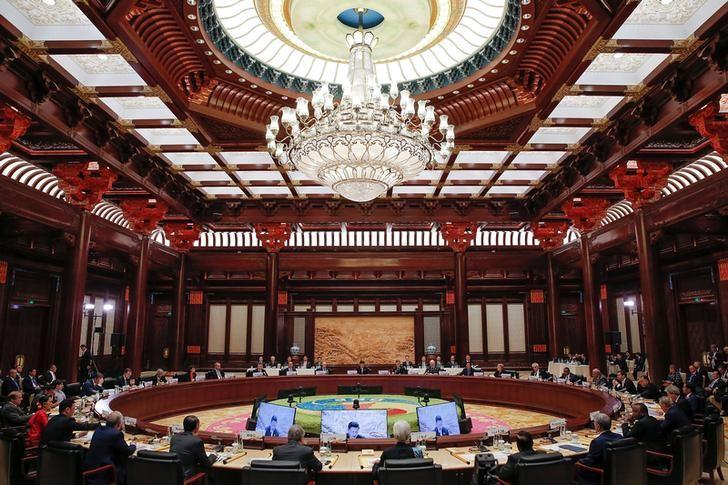 With the United States embroiled in controversy, China continues to make moves on several fronts to broaden its influence in the South China Sea and in Asia more broadly.

On Thursday, China and ASEAN announced that they had reached agreement on the terms of a Code of Conduct framework to regulate their interactions in the South China Sea. In the works for upwards of 15 years, the Code of Conduct has until recently seemed unattainable due to perceived slow-walking by the Chinese. In recent months, however, China and ASEAN appear to have made swift progress. The actual provisions of the Code of Conduct are uncertain, as none of the parties have divulged any details since their announcement. Liu Zhenmin, China’s deputy foreign minister said only that “the draft framework contains only the elements and is not the final rules . . . . It will provide a good foundation for the next round of consultations.” Despite its vague terms, however, commentators say the finalization of the Code represents a diplomatic coup for the Chinese, “demonstrating that China and its neighbors can resolve their differences just fine without Washington’s help.”

On the heels of the ASEAN conference, the Philippines and China begin their own attempt to resolve their differences in the South China Sea today. The Philippine ambassador Chico Sta. Romana is leading the Philippines’ delegation to kick off discussions regarding the countries’ conflicting claims in the South China Sea. China’s delegation will be led by China’s deputy foreign minister Liu Zhenmin. Philippine President Rodrigo Duterte expressed his optimism regarding the talks, before signing a series of “windfall” economic cooperation deals that Duterte says “will strengthen our bilateral relationship.” Despite Duterte’s optimism, foreign affairs secretary Alan Cayetano says, “we don’t expect moving mountains.”

Finally, China’s One Belt, One Road summit concluded early this week, further as the world’s leading proponent of free trade and globalization. One Belt, One Road is a massive infrastructure undertaking spearheaded by China that would link Asian and Middle Eastern economies even more tightly to China. Its maritime branch passes through the South China Sea, and China appears ready to exercise its growing influence to the exclusion of parties it perceives as adverse to its ambitions—Singapore, with whom China has sparred recently, was not invited to this week’s summit.

China installed new “anti-frogmen” rocket launchers on Fiery Cross Island, which is claimed by China, the Philippines, Vietnam, and Taiwan. China appears to have installed the systems in order to protect the island from Vietnamese combat divers.

Vietnam and China reached a bilateral agreement regarding their competing claims and conflicting forces in the South China Sea. The parties agreed to "manage and properly control maritime disputes, not take any actions to complicate the situation or expand the dispute, and maintain peace and stability in the South China Sea."

India and Singapore, both notably underrepresented or absent from the One Belt One Road summit, began major military exercises in the South China Sea this week.

In Indonesia, four soldiers were killed and eight were wounded in a naval exercise near the Natuna Islands in the South China Sea when a Chinese-manufactured anti-aircraft gun malfunctioned.

In this week’s analysis and commentary, Mira Rapp-Hooper of the Center for New American Security and Charles Edel of the U.S. Naval War College weigh “the high cost of stopping Freedom of Navigation operations” in the South China Sea. Ben Lowsen suggests that the expansion of Chinese “gray zone” operations (i.e., the pursuit of military objectives by non-military forces) poses a threat to international order, and requires a response from the United States. Finally, The National Interest’s Dave Majumdar reviews a soon-to-be-published white paper drafted by Admiral John Richardson, chief of naval operations for the United States Navy, which advocates for a far larger, more agile, and more technologically adept naval force.