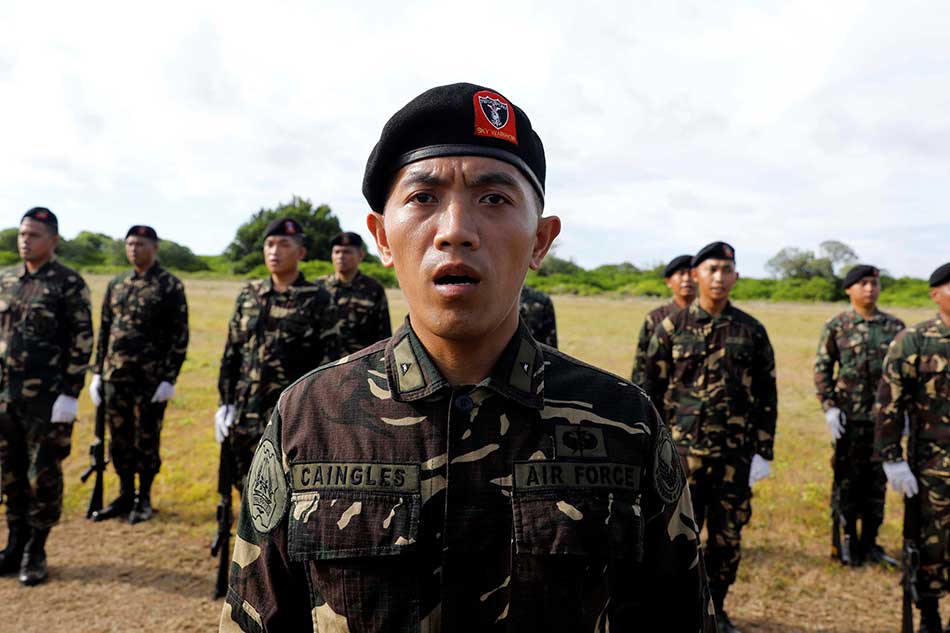 Philippine Defense Secretary Delfin Lorenzana and Chief of Staff of the Armed Forces General Eduardo Año made an unexpected visit last Friday to the disputed South China Sea island of Pag-Asa, also known as Thitu. The trip came a week after Philippine President Rodrigo Duterte, in order to preserve good relations with China, dropped earlier plans to visit Pag-Asa in June on Philippine Independence Day. When announcing the cancellation of his plans, Duterte had suggested that he may instead send his son to raise the Philippine flag on the island, which is also claimed by China, Taiwan and Vietnam.

Secretary Lorenzana characterized the trip as “a normal visit within [Philippine] territory.” Chinese forces challenged the military transport plane carrying the Philippine delegation at least four times via radio, but Lorenzana dismissed the warnings as “protocol.” The two top-ranking defense officials participated in a flag raising ceremony, and met with villagers and troops stationed on the island. Lorenzana also announced that the Philippine government has earmarked $32 million to repair an airstrip and to build a fishing port, a radio station and a power and water desalination plant. Duterte’s administration also plans to create a marine research sanctuary and to develop tourist attractions.

The trip drew mixed reactions from close observers of the Philippines. While one regional expert suggested that the visit signaled a “major, major shift” in the Philippine government’s approach to China, others saw Lorenzana and Año as the only ones determined to “hold the fort,” and highlighted the lack of a direct statement from Duterte expressing support for the visit. The editorial board of The Manila Times praised the visit, but also warned that the administration must follow through on its plans to develop the island, since the Philippine people’s sovereign right to Pag-Asa must be “defended with honor and dignity.”

As Lorenzana predicted, the visit and the plans to develop Pag-Asa quickly drew protest from China. Chinese Foreign Ministry Spokesperson Lu Kang expressed the Chinese government’s grave concern and dissatisfaction with the visit, which “runs counter to the important consensus reached” between the Philippine and Chinese governments on how to deal with maritime disputes. Lu also noted that Chinese authorities had lodged a complaint with the Philippine government. Taiwan’s Ministry of Foreign Affairs also reiterated its claims over islands in the South China Sea in response to Lorenzana’s visit.

Meanwhile, President Duterte will host eight heads of state and Myanmar’s State Counsellor Aung San Suu Kyi this weekend for the 30th ASEAN Summit in Manila. Media outlets are reporting that the current draft of an ASEAN statement on the South China Sea adopts a softer than usual tone, with no references or allusions to China’s construction and militarization of man-made islands.

Philippines authorities also announced that they were investigating a report that the Chinese coast guard fired on a Philippine fishing vessel in disputed waters in the South China Sea. The alleged shooting occurred on March 27, near the Union Banks atoll. No casualties were reported.

During a teleconference briefing last week, Deputy Assistant Secretary of State for Southeast Asia Patrick Murphy announced that U.S. Secretary of State Rex Tillerson will host the foreign ministers of the 10 ASEAN member states on May 4th in Washington, D.C. According to Murphy, “we can very much expect that the South China Sea issue will be addressed and talked about very frankly” during those meetings. In response to a question about Freedom of Navigation Operations (FONOPs) in the South China Sea, Murphy declared that the U.S. has both a right and a responsibility to conducts FONOPs, and that it “will continue to sail and fly where international law permits.”

The next FONOP is coming “soon,” according to Admiral Harry Harris, U.S. Navy Commander of U.S. Pacific Command. Admiral Harris addressed FONOPs and the South China Sea more broadly during a House Armed Services Committee hearing. Harris testified that “China has fundamentally altered the physical and political landscape in the South China Sea through large scale land reclamation and by militarizing these reclaimed features.” He also summarized China’s efforts to modernize its military and noted that its capabilities appear to “far exceed its stated defensive purpose or potential regional needs.” On other side of Congress, U.S. Senator John McCain called on U.S. President Donald Trump to launch a new “Asia-Pacific Stability Initiative” that would allocate more resources to U.S. Pacific Command in response to China’s “increasingly assertive pattern of behavior” in the South and East China Seas.

Tensions continue to rise in Northeast Asia as President Trump’s “armada” finally arrived in the region. The USS Carl Vinson aircraft carrier and its strike force of two destroyers and one cruiser are expected to arrive in the East China Sea by the end of this week. The U.S. Navy also conducted two simultaneous bilateral exercises with Korean and Japanese naval forces. In addition, the USS Michigan, a nuclear-powered guided missile submarine, arrived in Busan, South Korea on Tuesday for what was described as a routine port call. However, U.S. military officials have told CNN that the submarine’s arrival is meant to a send a strong message to North Korea.

On Wednesday, China launched its first domestically built aircraft carrier, marking a milestone in its goal to create a “blue ocean” navy. According to analysts, the unnamed carrier appears larger and more technologically advanced than China’s other aircraft carrier, the Liaoning, which was launched in 2012 after refurbishing a Soviet-built hull. The new carrier is expected to require to two to three years of testing before becoming fully operational.

Chinese Foreign Ministry Spokesperson Geng Shuang explained in a press briefing that China’s aim in developing defense forces like aircraft carriers is “upholding national sovereignty, security and development interests and maintaining world peace.” In an earlier press briefing, Geng addressed the military drills between South Korean forces and the USS Carl Vinson, by urging “all relevant sides to stay claim and restrained, and [to] refrain from any action that may escalate the situation on the [Korean] Peninsula.”

Two destroyers from Japan’s Maritime Self-Defense Force (MSDF) participated in drills with the USS Carl Vinson in the Philippine Sea and in the waters west of Japan. According to The Asahi Shinbum, Japanese officials view these joint exercises as applying pressure on North Korea and as countering the “active military moves being made in the East China Sea and South China Sea by Beijing.”

Much of this week’s commentary focused on the long-awaited launch of China’s first indigenously constructed aircraft carrier. Ankit Panda looks at how the carrier fits into China’s larger naval strategy and what may be next for the People’s Liberation Army-Navy in The Diplomat. An editorial in the South China Morning Post portrays the aircraft carrier as an important step in China’s goals of protecting its interest and “doing its part to ensure global peace and stability.”

Earlier in the week, before the carrier was launched, three leading South China Sea experts gathered for a panel organized by The Heritage Foundation, a D.C. think tank. Bernard Cole, a retired Naval officer and current senior research scientist at the Center for Naval Analyses was joined by Alice Ekman, Head of China research at the French Institute of International Relations and Congressional Research Service naval affairs analyst Ron O’Rourke. The panel contrasted China’s clear understanding of the importance of the South China Sea reflected in the maritime resources it has deployed to the “lack of clarity on U.S. goals and strategy for the region.”

Dr. James Holmes of the U.S. Naval War College compares China’s airspace-focused East China strategy with its island reclamation and militarization activities in the South China Sea. Finally, former Chief Justice of the Supreme Court of the Philippines Artemio V. Panganiban provides a summary of the diplomatic history of South China Sea disputes between the Philippines and China.