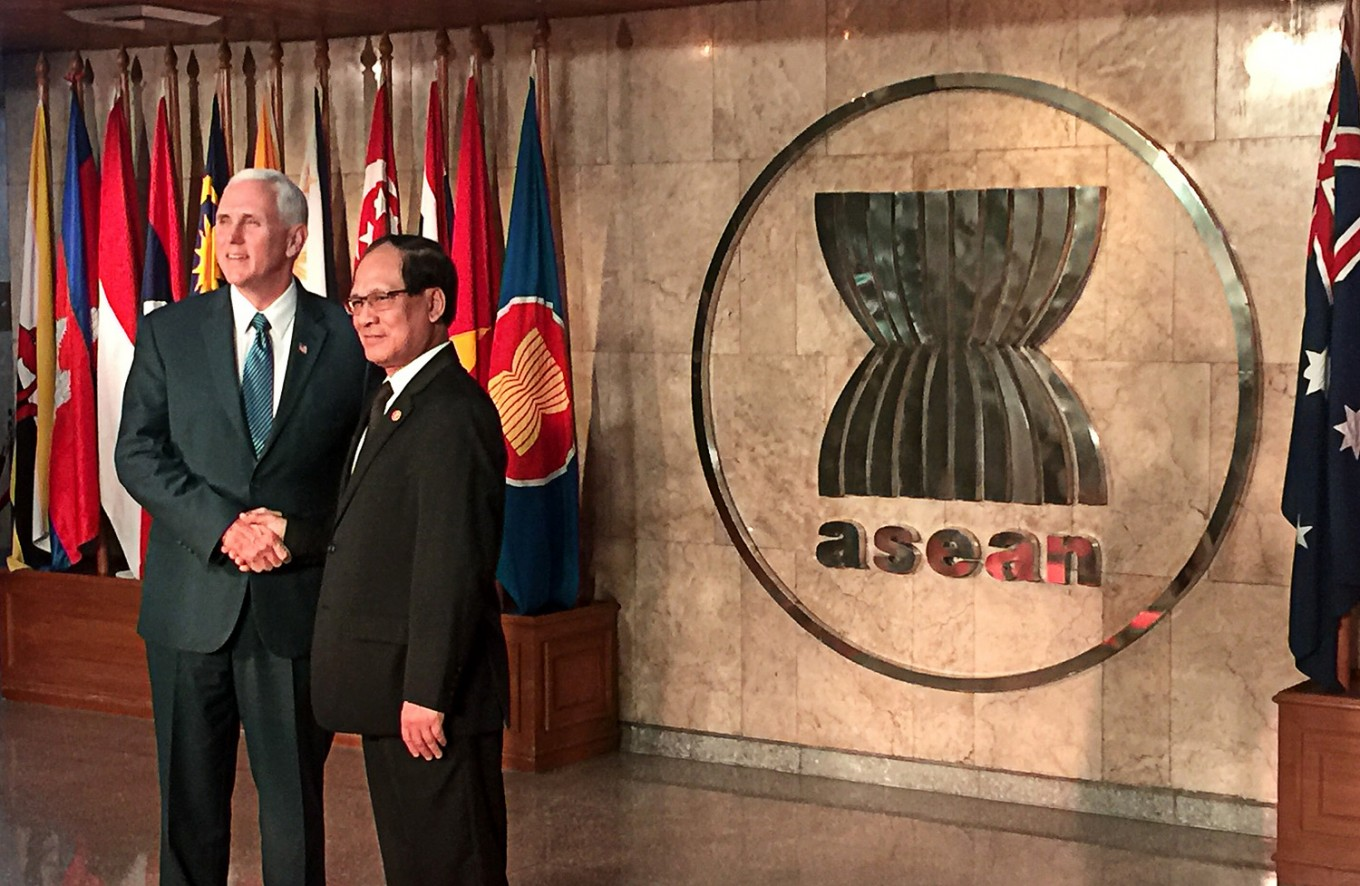 Vice President Mike Pence began a ten-day Asia-Pacific tour this week, with stops in South Korea, Japan, Indonesia, and Australia. He is the third senior official to visit Asia since the Trump Administration took office three months ago, after Secretary of Defense Jim Mattis and Secretary of State Rex Tillerson. After a meeting with Prime Minister Shinzo Abe on Tuesday, Pence said that the United States “appreciate[s] the challenging times in which the people of Japan live with increasing provocations from across the Sea of Japan,” and that the United States continues to view the U.S.-Japan alliance as “the cornerstone of peace and security in northeast Asia.” On Thursday, during a joint press conference with Indonesian President Joko, Pence reaffirmed the United States’ “unwavering commitment” to upholding “the fundamental freedoms of navigation and overflight in the South China Sea and throughout the Asia Pacific." He also announced that President Donald Trump will attend the ASEAN and East Asia summits in the Philippines and the APEC summit in Vietnam in November, and plans to address security issues, trade, and freedom of navigation in the South China Sea.

After President Trump claimed last Wednesday to have rerouted the USS Carl Vinson carrier group from Australia in response to North Korean missile activity, China and Russia scrambled intelligence vessels to track the carrier group as it sailed through the South China Sea. Then they and the rest of the world discovered the carrier group was otherwise occupied nearly 3000 nautical miles away. But the carrier is said to now be making its way through the South China Sea to the waters off the Korean Peninsula. White House officials referred questions on the matter to the Pentagon.

Finally, in a Joint Communique dated last week, the foreign ministers of the G7 called for the peaceful settlement of South China Sea disputes and stated their “strong opposition to any unilateral actions which increase tensions, such as the threat or use of force, large-scale land reclamation, building of outposts, as well as their use for military purposes.” The group reiterated its commitment to a rules-based maritime order consistent with international law and expressed support for the finalization and implementation of a Code of Conduct for the South China Sea.

President Xi Jinping announced this week further restructuring and consolidation of China’s military, and local media expect that the country’s second aircraft carrier (and the first constructed in China) will be launched this weekend.

Taiwan intends to increase its military presence on Itu Aba Island, the country’s primary Spratly outpost. The advanced equipment slated for installation may include an anti-landing rocket launcher and remotely-controlled systems which will permit the Taiwanese military to repel adversaries.

The Philippines is currently investigating reports that Chinese Coast Guard vessels recently fired at and harassed Filipino fishermen near Union Bank in the Spratly Islands. A Department of Foreign Affairs spokesperson told reporters that if the incident is confirmed, the Philippines will raise the matter with Chinese officials in a meeting next month.

President Duterte continues his streak of unpredictability on South China Sea issues. Two weeks ago he promised to send his military to “occupy” uninhabited features claimed by the Philippines, and he even suggested he might personally raise the Philippine flag on Thitu Island. Last week his government walked back the order to “fortify” the country’s holdings and Duterte cancelled his plans to visit Thitu, citing his friendship with the Chinese as the motive for holding off. This week, though, he hinted to an audience in Doha that the previously-disavowed orders still stood, saying, “[I]f we do not act fast, we will end up with nothing.”

Should the country seek to “act fast,” they’ll soon have new naval vessels with which to do so. And future Philippine military operations will incorporate expertise gained from training activities with the Russian Navy, which began on Thursday. Next month, Manila will further solidify its relationship with Moscow by signing a bilateral defense agreement, the terms of which are not yet certain. Duterte has long expressed his desire to purchase Russian military technology, despite questions over whether the country can successfully integrate Russian equipment into its military, which currently uses mostly American-made systems.

Indonesia is poised to ratify an EEZ agreement with the Philippines, enhancing the countries’ maritime security against terrorist group Abu Sayyaf.

Russia’s closer ties with the Philippines parallel its relationship-building with claimant countries throughout the South China Sea, including Vietnam and China. ETH Zurich’s Centre for Security Studies says this is no coincidence: Russia’s growing presence in the region reflects a “two-level game” of “systemic anti-hegemonic balancing” and “non-systemic regional hedging.” While Russia’s relationship with the Philippines grows stronger, the U.S. and Philippines are working out the newfound kinks in their ties. The Diplomat discusses the significance of the downsizing and change in focus of this year’s bilateral “Balikatan” exercise.

In The Diplomat, Emily Chen summarizes recent developments in the Taiwan-Japan diplomatic relationship, which she describes as “ever-warming” and backed up by popular support. She cautions, however, that Japan should be cautious so as not to provoke a more severe response from China. And while China’s military build-up in the South China Sea may dominate headlines, its nonmilitary activities, such as the development of Sansha City on Woody Island, are just as critical in altering the status quo in the region and therefore warrant greater attention, says Shinji Yamaguchi of the Japanese National Institute for Defense Studies. The Sansha City government has set up a Military-Police-Civilian Coordination Center which oversees maritime patrols and other law enforcement operations in the surrounding waters, and is a critical part of China’s growing surveillance network and maritime domain awareness architecture in the South China Sea.

Finally, Annie Kowalewski writes in The National Interest that the United States military should look to China’s People’s Liberation Army as a model for force modernization and doctrinal development. The PLA has evolved to conduct more complex, high-tech forms of warfare, she says, and the United States needs to do the same if it wants to remain the preeminent military power in the region.