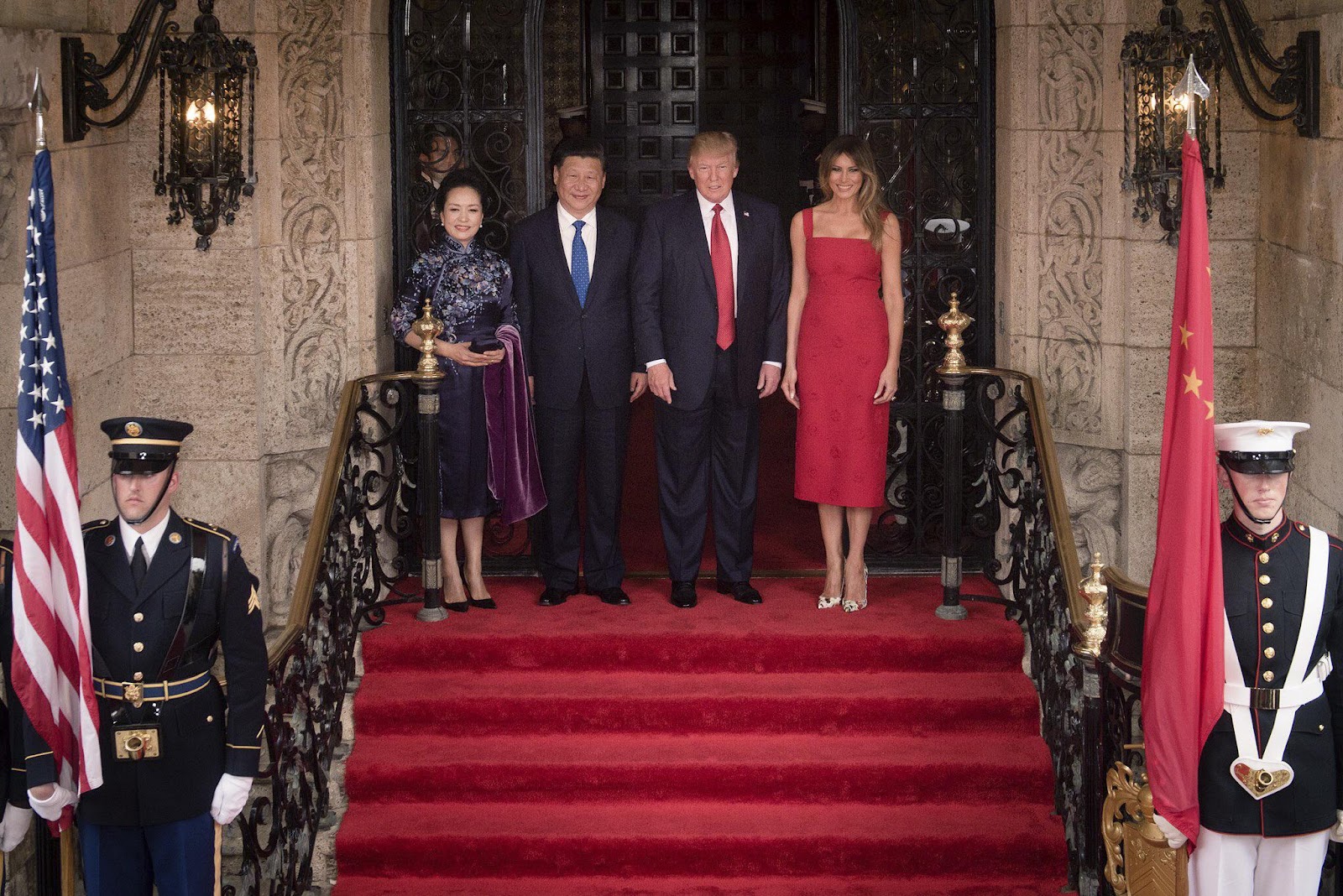 This week, President Xi Jinping of China and President Donald Trump met for the first time. While trade and North Korea are first on the agenda for discussion, what is said (or left unsaid) about the South China Sea could have major consequences for the region and the U.S.-China relationship in the coming years, as China seeks to hold and perhaps expand its South China Sea territorial holdings and the U.S. aims to maintain its until-recently-unquestioned leadership and maritime dominance in the region.

Last week, Trump predicted that his discussions with Xi would be “very difficult” and there is reason to believe he’s right. Trump’s bombastic campaign rhetoric revealed a preoccupation with the U.S.-China rivalry, and his nascent administration’s actions following the election suggested he’d be willing to turn his rhetoric into policy. In recent weeks, however, the administration has moderated its tone as Trump promised to honor the longstanding “One China” policy, and Secretary of State Tillerson adopted Beijing’s loaded language during his visit to lay the groundwork for the summit.

Analysts are uncertain what the discussions will mean for the South China Sea. Many commentators believe Xi has the upper hand in negotiations, as his priority heading into this fall’s National Congress is simply to maintain a stable relationship with the U.S. and avert any drastic moves by the mercurial Trump. Trump, on the other hand, is expected to make good on his ambitious campaign promises to rein in a ballooning trade deficit with China and an increasingly hostile (and potent) North Korea. Trump’s need for “quick wins” on these issues and his skepticism over the value of global trade could lead him to see the South China Sea as a bargaining chip worth trading for cooperation on North Korea or trade concessions.

A common refrain in the analysis leading up to the summit is that the U.S. has yet to develop a coherent Asia policy, and needs one yesterday. Even silence on the South China Sea could signal acquiescence to Chinese dominion over the region and be cause for allies to grow increasingly concerned.

Some, like the Philippines, have taken matters into their own hands. On Thursday morning, President Rodrigo Duterte announced that the country would fortify its claims in the Spratly Islands. Duterte, who was on a visit to Palawan, was quoted as saying: “We tried to be friends with everybody but we have to maintain our jurisdiction now, at least the areas under our control.” It’s unclear whether Duterte’s statements signal a significant departure from previously announced measures, but his decision to make the statements on the eve of the U.S.-China summit may indicate a deceleration in the country’s "separation" from the the U.S. and “realignment” with Beijing.

On March 31, the People’s Liberation Army Navy (PLAN) commissioned a new Jiangdao-class (Type 056/056A) corvette, designed to conduct anti-submarine warfare and air defense. The new ship, designated as a light missile frigate, is headed for the South China Sea as part of the PLAN’s South Sea Fleet. The PLAN also launched two additional Jiangkai II-class (Type 054A) frigates in the last week.

Over the first two months of 2017, Chinese Coast Guard (CCG) vessels maintained a near-constant presence at Luconia Shoals, part of the Malaysian continental shelf, according to data collected by the Asia Maritime Transparency Initiative and the Center for Advanced Defense Studies. Malaysia has been largely silent on the presence of Chinese vessels within its EEZ, and only one Malaysian government vessel patrolled the same waters during the period covered.

Taiwan plans to build eight new submarines through its recently-launched domestic development project, Navy Chief of Staff Lee Tsung-hsiao announced on Tuesday. The first submarines are expected to be operational within a decade, and will supplement the four aging, foreign-built submarines Taiwan currently possesses.

Responding on Sunday to reporting in the Japanese press that Taiwanese oceanographic research vessels had repeatedly intruded on Japan’s EEZ in the East China Sea, the Taiwanese Ministry of Foreign Affairs insisted its vessels have the right to conduct scientific research in the disputed waters around the Senkaku/Diaoyu Islands. Taiwan and Japan both claim the islands, which Japan currently administers. Officials from the two countries last met to discuss maritime cooperation in October 2016, and have further talks planned for next year.

Vietnamese fishing and coast guard vessels have reportedly returned to the waters near Scarborough Shoal, within the Philippines’ EEZ and in recent years predominantly controlled by Chinese maritime forces. The waters are a source of both military and economic challenges, as aggressive fishing practices by multiple claimant countries have led to a 50 percent reduction in fish stocks since 2010, according to a local Philippine Coast Guard commander.

On Tuesday, Philippine Acting Foreign Minister Enrique Manalo said that negotiators from ASEAN and China have made progress on a South China Sea code of conduct. Manalo also announced that Manila and Beijing will continue bilateral talks on the countries’ disputes in the Spratly Islands next month.

Last week, the Philippines turned down a request from Beijing to allow Chinese vessels to conduct scientific research at Benham Rise, on the Philippines’ continental shelf. The decision came amidst an ongoing exchange between the two countries over the reported unauthorized presence of Chinese vessels in the area. Chinese Foreign Ministry spokesperson Lu Kang addressed both issues in his weekly press conference, saying that China recognizes the Philippines’ sovereign rights over the waters and that “China is willing to engage in marine cooperation, including joint scientific research, with friendly countries like the Philippines.”

Indonesian shipyard PT PAL signed a memorandum of understanding (MOU) with French naval defense specialist DCNS, extending a collaborative relationship intended to bolster Indonesia’s submarine and warship capabilities in accordance with its Minimum Essential Force program. Under the MOU, the firms will continue to study the feasibility of developing a submarine based on the French Scorpene-class vessels, as well as various surface combatants. Indonesia previously ordered three attack submarines from South Korea in 2012, and as of 2015 intended to acquire up to twelve submarines from partner nations in the coming years.

While most of the commentary this week has focused on the Xi-Trump summit, some analysts have explored the role of parties other than Beijing and Washington in the region. Aaron Connelly of Australian think tank the Lowy Institute calls on Indonesia to take a stronger stand to protect the peace and stability of the South China Sea, saying it is the “only country in the region with the requisite moral authority and capacity for leadership on these issues.” Satoru Nagao of the Tokyo Foundation and Koh Swee Lean Collin of the S. Rajaratnam School of International Studies explore Japan’s growing role in providing maritime security capacity-building assistance to Southeast Asian nations whose interests are threatened by Chinese claims in the region, and Clay Dillow of CNBC contemplates the escalating risk of confrontation between Tokyo and Beijing in the East China Sea. And Greg Raymond of the Strategic and Defence Studies Centre at the Australian National University explains that naval development among Southeast Asian nations lags the threats posed by China not simply because countries lack the ability to fund large defense programs generally speaking, but also because they continue to prioritize spending on their armies.

Finally, Prashanth Parameswaran of The Diplomat looks ahead to the Asia-Pacific Economic Cooperation (APEC) Summit in Vietnam and the East Asia Summit (EAS) in Manila this November, making the case that President Trump should attend both summits to demonstrate the United States’ continued commitment to playing a leading role in the region.