U.S., Chinese Aircraft Get Too Close For Comfort 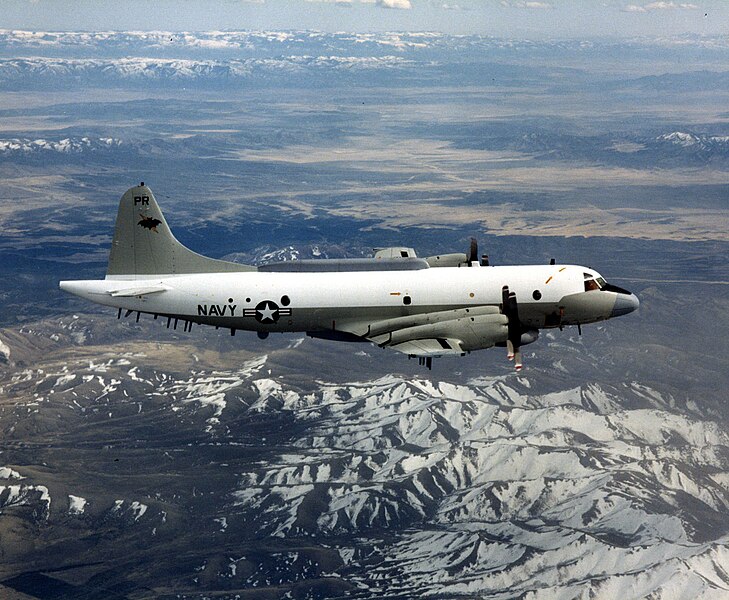 The Pentagon announced that two Chinese J-11 fighter jets came within fifty feet of an American EP-3 Aries reconnaissance plane over the South China Sea, forcing the reconnaissance plane to descend two hundred feet to avoid a collision. The Department of Defense called the Chinese interception “unsafe,” saying that the reconnaissance plane was carrying out “a routine U.S. patrol.” Department of Defense Spokesman Jeff Davis said that the issue is being addressed “through the appropriate diplomatic and military channels.” Senator Chris Murphy further warned that “this is potentially part of a disturbing trend line as the Chinese try to push their military envelope.” This incident is the first time such a close encounter has occurred in the South China Sea since August 2014, when Chinese jets intercepted a Navy P-8 Poseidon patrol aircraft off Hainan Island.

Foreign Ministry Spokesperson Hong Lei strongly objected to the Pentagon’s characterization of events. He said that the Chinese aircraft “followed and monitored the US plane from a safe distance without taking any dangerous actions.” He also stressed that the aircraft operated “in keeping with safety and professional standards” and “demand[ed] that the US immediately cease this type of close reconnaissance” over what he called China’s coastal waters. Follow Ankit Panda at The Diplomat for more about what this incident might mean for the Sino-American code of conduct on air safety.

The Pentagon released its annual report to Congress on Chinese military and security developments. The report asserted that China’s military “entered a new phase” of modernization in 2015 with “sweeping organizational reforms.” The Pentagon found that China added more than 3,200 acres of land to features in the Spratly islands alone over the past two years. For comparison, all other claimant states combined reclaimed 50 acres of land over the same two years. The report also notes that China’s four South China Sea airfields ultimately “could have runways long enough to support any aircraft in China’s inventory” and Assistant Secretary of Defense for East Asia Abraham Denmark claimed that, “China’s leadership [has] demonstrated a willingness to tolerate higher levels of tension in pursuit of its maritime sovereignty claims.” For a rundown of important facts and figures, as well as links to all past Pentagon reports, follow Naval War College Prof. Andrew Erickson.

Looking beyond China, US officials met with senior ASEAN leaders to reaffirm their strategic partnership. Both sides “reaffirmed the importance of a rules-based regional and international order” committed to UNCLOS and “the peaceful resolution of disputes.” On Monday, India and the US also held their first maritime security dialogue aimed at enhancing bilateral cooperation between the two countries’ navies. As a sign of India’s deepening interest in the region, four ships from the Eastern Fleet deployed for a two and a half month tour of the South China Sea and Northwestern Pacific.

Late last week General Fang Fenghui, a member of China’s Central Military Commission, met with General Joseph Dunford, Chairman of the Joint Chiefs of Staff, by videolink. General Dunford said that the US was willing to work with China to create “an effective mechanism on risk control” in the South China Sea and General Fang said that the two sides should “refrain from actions detrimental to [bilateral] relations.” General Fang also emphasized that, “common ground and prospects for cooperation between China and the U.S. far exceed our disagreements.”

Presumptive President-elect Rodrigo Duterte continues to make waves in the South China Sea. He began by demanding that someone tell him “how we lost Scarborough Shoal,” focusing particularly on Senator Trillanes’ role in backchannel negotiations with China. Senator Trillanes rebuked President-elect Duterte’s accusations, warning that it is “an impeachable offense” to imply that the Philippines lost the island. The current administration reacted with similar vigor, telling the press that President-elect Duterte should “obtain complete and accurate information on matters of national interest.”

The Obama administration continues to contemplate Hanoi’s request to completely repeal a lethal weapons embargo that was partially lifted in 2014. Anticipating a possible reversal, top US arms manufacturers attended a Vietnamese defense symposium this past week. The Washington Times outlines in greater detail how the administration is focusing on Vietnam during its last months in office as part of the “pivot” towards Asia.

At the same time, Vietnam continues to reach out to other security partners. In his first interview with foreign media Prime Minister Nguyen Xuan Phuc called on Japan to play a more active role in resolving South China Sea disputes. The UK Ministry of Defense also sponsored a five-day training course for Vietnamese military officers. Lastly, Prime Minister Thongloun Sisoulith of Laos made his first state visit to Vietnam. Vietnamese Prime Minister Phuc pledged to collaborate closely with Laos in its role as ASEAN chair and ensure solidarity in maintaining a common position regarding the South China Sea.

This bonhomie, however, was not extended to Taiwan and China. Foreign Ministry Spokesperson Le Hai Binh condemned a visit to Taiping Island (Itu Aba) organized for former senior Taiwanese officials two weeks ago. Spokesperson Binh also “resolutely protest[ed]” China’s fishing ban in the South China Sea for the next two and a half months, saying that it ran contrary to the spirit and wording of the Declaration on the Conduct of Parties in the South China Sea. China first introduced the ban in 1999 and it has never been recognized by Hanoi.

Taiping Island (Itu Aba) dominated this week’s news. Manila officially declined Taipei’s invitation to visit the island, frustrating Taiwan’s attempts to prove why it meets the international definition of an island. Former President Ma Ying-jeou also asserted that Taiping is entitled to a 200 nautical mile EEZ and his Ministry of Foreign Affairs announced that Taipei would not accept the ad-hoc tribunal’s ruling so long as judges decline to visit the disputed island. Finally, military officials confirmed that naval warships docked at a recently completed pier.

Tokyo’s new ambassador to Beijing, Yutaka Yokoi, is determined to “boost mutual trust by communicating well with the Chinese side and cooperating on many common interests and challenges.” Chinese officials and government newspapers cautiously greeted his appointment. Foreign Ministry Spokesperson Hong Lei hoped that “the new Japanese Ambassador [will] play a positive role in further improving the bilateral relationship,” though the China Daily noted that he will face distinct challenges.

Those challenges were on full display as, on Saturday, a senior Japanese official confirmed that Prime Minsiter Abe is working to convince G-7 leaders to “reach a consensus” on China’s moves in the South China Sea. Japanese Self-Defense Forces (Army) are also scheduled to conduct naval exercises in the East China Sea in conjunction with India and the United States.

Bangkok will hold joint military exercises with China from May 19th through June 10th involving land and sea operations as well as training in humanitarian relief. Thailand does not have claims in disputed areas of the South China Sea and has been improving ties with China since the military seized power in 2014.

A mountain of analysis has emerged grappling with the implications of a Duterte presidency. Malcolm Davis at The National Interest looks at how the incoming president has introduced new uncertainty into Asia’s security structure. Michael O’Hanlon at Brookings is less apocalyptic, arguing that a President Duterte may in fact bolster America’s position in the South China Sea. Lowell Bautista at The Interpreter is more bullish on the degree to which President-elect Duterte will change Philippine policy towards China and Mong Palatino at New Mandala mines Duterte’s past to weave a more complex portrait of his policy preferences.

Submarines also emerged as a hot topic this week. Heiko Borchert at AMTI explains why unmanned undersea vehicles are unlikely to change the Asia-Pacific’s undersea balance of power. Lyle Goldstein at The National Interest, however, is more circumspect, analyzing a Chinese article on the “undersea Great Wall” that may signal a greater focus on underwater capabilities.

Though there were no news updates on Tokyo and Taipei’s dispute around Okinotori atoll, Jerome Cohen and Peter Dutton at East Asia Forum write a great article on the potential implications of this dispute on the greater South China Sea. Tetsuo Kotani at AMTI goes further to argue that Taiwan is taking significant risks in entering an all-out dispute with Japan. Shifting focus to disputed maritime features further south, AMTI produced a series of infographics outlining Vietnam’s island building in the South China Sea.

Finally, a few remaining gems that can’t be overlooked. Conor Kennedy and Andrew Erickson at CIMSEC take a deep dive on the maritime militia of Tanmen Township, a quasi-military force that is on the forefront of defending China’s sovereignty claims. Euan Graham at the Lowy Institute examines Australia’s strategic partnership with Singapore and how it can be expanded going forward. Finally, Jeremy Au Yong provides a good high-level overview of the top Asia-Pacific issues that the next US president is going to have to confront.