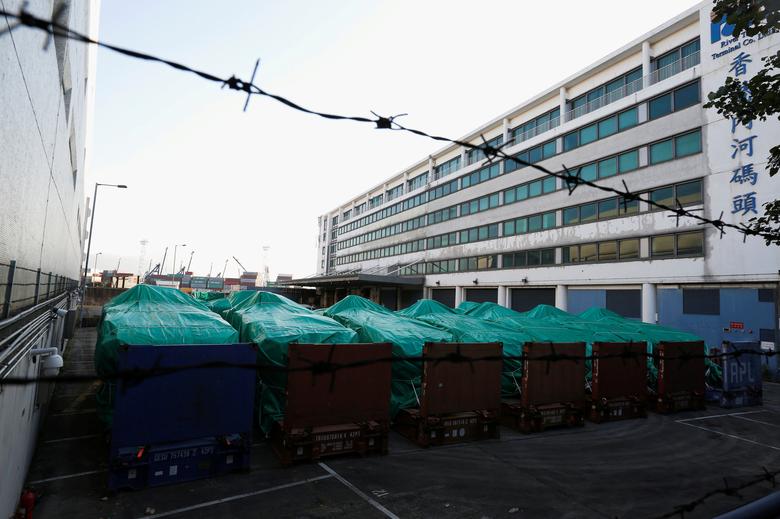 Many have wondered how China would respond to uncertainty regarding the US’ role in the Asia-Pacific since last month’s election. If news from this week is any indication, it appears that a more assertive regional posture from Beijing may be in the cards. Three vignettes in particular begin to draw the outlines of what this posture might entail.

First, Beijing sent two fighters and bombers as well as two surveillance planes through the Strait of Miyako last Friday. The flight was legal, though the area is politically sensitive as it is a key gateway to the Pacific Ocean from the East China Sea. China conducted a similar mission this past September. In both instances Japan’s Air Self-Defense Force scrambled jets in response. In announcing the drill, Chinese Air Force Spokesperson Shen Jinke said that the Air Force’s “strategic power” should match China’s “national interest.” In mid-September Beijing signaled that it would organize exercises past the so-called first island chain (which includes the Japanese islands) on a “regular” basis.

Second, China swiped at Singapore as Hong Kong customs seized nine Singaporean troop carriers and other equipment en route to military exercises in Taiwan. Hong Kong, as a Special Administrative Region, administers a separate customs bureau from the rest of mainland China. Notwithstanding this legal separation, reports indicate that agents from Beijing tipped off Hong Kong officials that undeclared Singaporean military materials were arriving. Hong Kong Customs said that “suspected controlled items” were found during a “routine ship search.” Chinese Foreign Ministry Spokesperson Geng Shuang used this kerfuffle “to reiterate that the Chinese government is firmly opposed to any forms of official interaction between Taiwan and countries that have diplomatic relations with us.” The Global Times was more strident, accusing Singapore of becoming “a platform for Washington to contain and deter Beijing.” It is notable, however, that this is not the first time that Singaporean military equipment has transited Hong Kong. Furthermore, Singapore has conducted military exercises in Taiwan for more than four decades. As such, some suspect that Beijing is using this administrative gaffe to pressure Singapore for what Chinese officials see as closer relations with Washington on maritime security.

Third, notwithstanding these protests about relations with Taiwan, Beijing was quiet after Taipei conducted rescue drills off of Taiping Island, the largest maritime feature in the South China Sea. This joint humanitarian exercise between the Coast Guard and Navy simulated a fire on the deck of a foreign cargo ship, with injured crewmembers being taken to Taiping Island for medical treatment. Speaking after the exercise, Executive Yuan spokesperson Hsu Kuo-yung reaffirmed Taiwan’s sovereignty over Taiping Island. Chinese Foreign Ministry Spokesperson Geng Shuang responded that, “The Chinese people on both sides of the Taiwan Straits have the obligation to preserve ancestral property.” Analysts assess that Beijing seems content to be solicitous of Taiwanese actions when they advance shared sovereign and jurisdictional claims.

Influential government advisor Wu Shicun told reporters that Beijing was considering a “wholesale bilateral fishing industry deal” at Scarborough Shoal, though an agreement has not yet been reached. He further stated that fishermen would be given access to waters within the shoal for humanitarian reasons (e.g., during a typhoon). Satellite imagery from the Asia Maritime Transparency Initiative indicates, nevertheless, that the Chinese Coast Guard continues to block access to those waters. Foreign Ministry Spokesperson Geng Shuang would not confirm whether such a deal is being considered. Dr. Wu’s statement is particularly interesting in light of Philippines President Rodrigo Duterte’s unilateral declaration last week that the waters within Scarborough Shoal are off-limits to fishing. To further complicate matters, the Chinese Ministry of Agriculture announced a proposal to again ban fishing in areas of the South China Sea. If unchanged, the moratorium may run afoul of the Hague arbitral tribunal’s decision that Beijing does not have authority to restrict fishing within the Philippine Exclusive Economic Zone.

The National Institute for South China Sea Studies released a widely noted report on “The Military Presence of the United States of America in the Asia-Pacific Region” last week. In it, the Beijing-backed think tank warns that President Obama’s “unprecedented” military buildup threatens stability in the region. The paper also found that the United States conducted more than 700 patrols in the South China Sea in 2015. While the report averred that there was a “very small chance” of military conflict, the scholars who drafted the document opined that Donald Trump would continue a strategy of “regional hegemony.” Nevertheless, Chinese Defense Ministry Spokesperson Yang Yujun said that Beijing would puruse “healthy and stable” military-to-military relations with Washington.

Finally, the Chinese Navy revealed that all three Chinese fleets conducted a joint exercise in September in the Yellow and Bohai Seas involving more than 100 vessels and tens of warplanes. In a separate news release, Rear Admiral Yin Zhou told reporters that the Air Force is now capable of conducting simultaneous war fighting operations over two bodies of water.

The Philippine Coast Guard announced that five fishermen went missing November 21st after fishing at Scarborough Shoal. Their vessel was last seen approximately 30 nautical miles from the Shoal. On Monday Coast Guard Spokesperson Armand Balilo said that Manila would coordinate its search with Chinese counterparts around Scarborough Shoal. By the next day Chinese Foreign Ministry Spokesperson Geng Shuang told reporters that the Chinese Coast Guard had rescued two Philippines fishermen near the Shoal and was verifying their identity with the Philippines.

In other news, Philippine lawmaker Johnny Pimentel stated that Manila has earmarked roughly 9 million USD to build an expanded port at Thitu Island, the largest of the South China Sea maritime features occupied by the Philippines. Notwithstanding this development, President Duterte signaled his willingness to arrange a second visit to Beijing. Reports also indicate that the Philippines would extend visa-free travel to Chinese citizens, though negotiations on the matter have not begun. For an insider’s view on Duterte’s foreign policy, read this fascinating interview with Philippine representative Harry Roque.

The United States Coast Guard is also looking to play a greater role in the Asia-Pacific. Coast Guard Commandant Admiral Paul Zukunft proposed making the Coast Guard “the face of the United States” in the East and South China Seas. He argued that the US Coast Guard “has a very good relationship” with its Chinese counterparts and may be better positioned to get through the “narrow door of diplomacy.” Secretary of Defense Ash Carter provides an overview of the Obama Administration’s stance towards the Asia-Pacific in this essay at Foreign Affairs. Finally, retired Admirals debated the future of Chinese military development at CSIS.

On Monday Japan and China held their first foreign and defense security talks since March 2015. Conveniently, Beijing scheduled the sortie through the Strait of Miyako only three days prior. Notwithstanding that dustup, both sides agreed to strengthen confidence-building measures. Japanese officials also reportedly asked their Chinese counterparts to make their security policies more transparent. There are indications that Chinese Premier Li Keqiang may visit Japan next month. It would be his first visit to Japan since taking office in 2013.

Hanoi was none too pleased with Taipei’s humanitarian exercises off the coast of Taiping Island. The Vietnamese Ministry of Foreign Affairs said the exercises were a serious violation of Vietnam’s sovereignty and threatened peace and stability in the region. Taiwanese Coast Guard Director-General Lee Chung-wei retorted that, “The government will not change its position” on its sovereignty over South China Sea islands

As usual, there was plenty of scholarship this week recommending strategies for the incoming Trump administration. First, Bonnie Glaser, Zack Cooper, and Peter Dutton at AMTI raise the possibility of a freedom of navigation operation near Mischief Reef, which the arbitral tribunal found to be a low-tide elevation within the Philippine EEZ. Harry Kazianis at RealClearDefense provides four principles the Trump administration should bear in mind in formulating a South China Sea strategy. Kavi Chongkittavorn at East Asia Forum argues that Trump must attend next year’s ASEAN Forum, hosted by the Philippines, to signal his continued commitment to Manila and the region more broadly. Sheila Smith at Asia Unbound makes a similar point, finding that engagement with allies must underpin a robust US presence in the region. Joshua Kurlantzick at Asia Unbound makes a similar case for broader US engagement in Southeast Asia.

There were also a number of pieces seeking to understand Trump’s effect on the region. Ryan Pickerell at The Daily Caller questions whether Trump is ready for what he sees as Beijing’s “inevitable” test of American power. Mira Rapp-Hooper at Foreign Affairs argues that what hints we have of Trump’s Asia strategy suggests a decreased emphasis on regional institutions, traditional alliance structures, and human rights. Hugh White at The Strategist asks a similar question about Trump’s commitment to the US’ alliance with Australia. White is skeptical that Trump, any more than Clinton, would have the capacity to credibly maintain traditional US supremacy in the Asia-Pacific. Yoichi Funabashi strongly disagrees, arguing that the Asia-Pacific needs a strong commitment from the Trump administration to maintain the US’ traditional leadership role.

Though Vietnam did not make the news much this week, it was the subject of some scholarly commentary. Ralph Jennings at Voice of America finds that Hanoi will take a long-term hard line towards Beijing on its maritime claims in the South China Sea. Nguyen Quoc-Thanh asks, more provocatively, whether this strategy will reignite tensions in the region. Duterte also features in some of this week’s scholarship. David Camroux at East Asia Forum argues that the Philippine President has undermined norms underpinning ASEAN’s centrality to the region. Aaron Jed Rabena is less dismissive of Duterte’s foreign policy, writing in East Asia Forum that the Manila-Washington relationship will depend on whether Trump presses Duterte on human rights concerns. Finally, Wang Hui at China Daily, perhaps unsurprisingly, declares that Duterte’s pivot towards Beijing “is both timely and significant.”

As is fitting for a week where Beijing took center stage, two final pieces analyzing China’s moves in the region. First, Lyle Goldstein at The National Interest finds that new air bases in the South China Sea are less functionally useful than many presumed at first glance. Second, Haryo Budi Nugroho at The Jakarta Post argues that China should temper its criticism of US freedom of navigation operations as it is a primary beneficiary of free transit through the waters of the South China Sea.