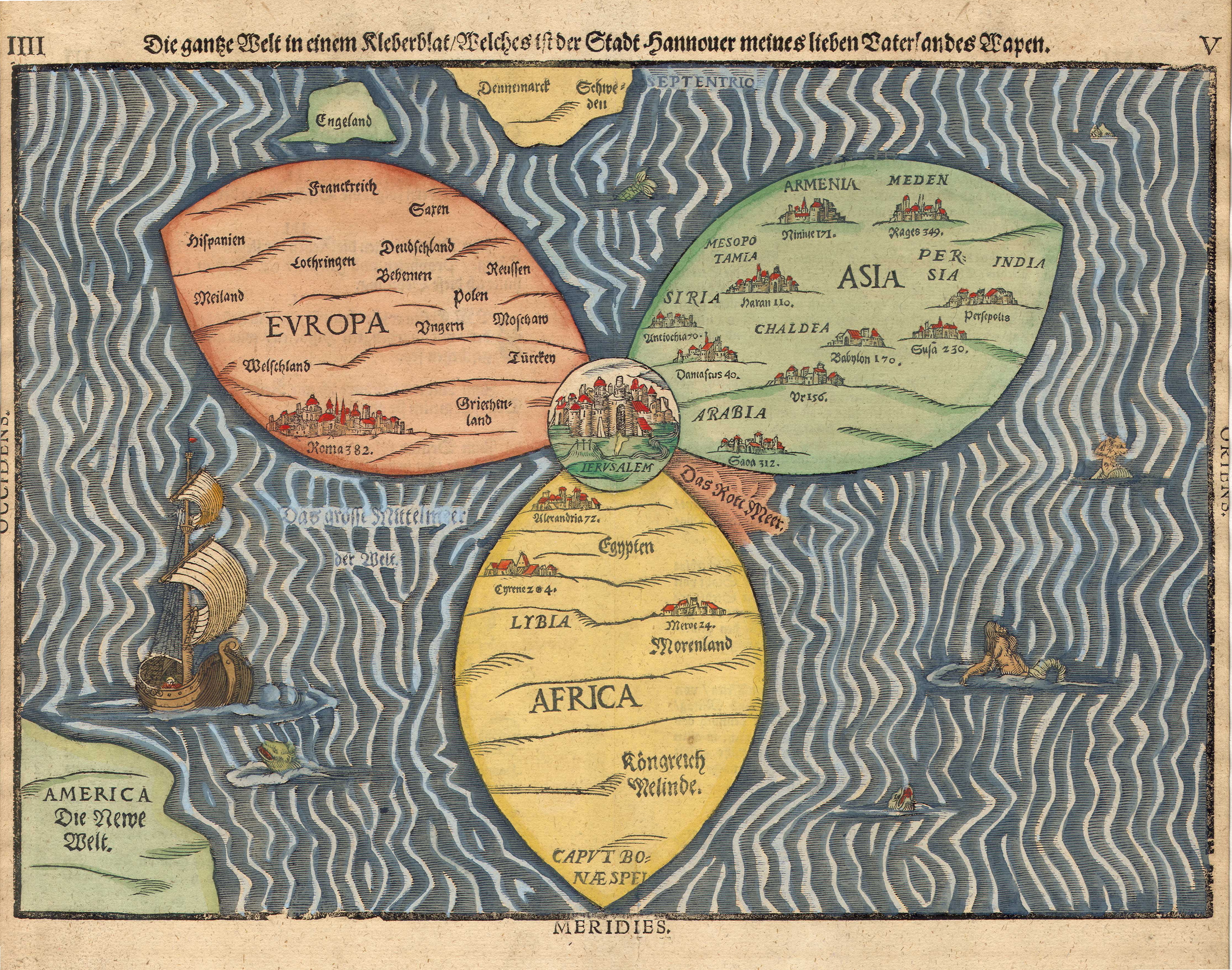 By Heinrich Bunting, published in Itinerarium Sacrae Scripturae, "Travel through Holy Scripture" in 1581.

The word "omphalos" designates the center of the world, a spot usually containing some sort of stone. The omphalos was variously believed by ancient Greeks to lie in Delphi, by Christians and Jews in Jerusalem, as the 1581 map to the left reflects, and by Muslims in Mecca.

Omphalos takes an interdisciplinary look at the contemporary Middle East. Lawfare is publishing it jointly with two key partners: Academic Exchange, an educational non-profit that seeks to deepen understanding of Israel within the international academic community, and the Brookings Center for Middle East Policy and its blog, Markaz.

Turmoil in today's Middle East today implicates a wide array of legal questions, bears huge costs for civilian populations, and poses diverse challenges to policymakers, activists, lawyers, and reformers alike. While the world has many regions of concern for Lawfare readers, for the issues we treat, the Middle East is a kind of omphalos.