This past summer, the Strauss Center at UT was proud to co-host the Fifth Annual Transatlantic Workshop on International Law and Armed Conflict, in partnership with the Oxford Institute for Ethics, Law and Armed Conflict (co-directed by Dapo Akande), the Individualisation of War project, European University Institute, Florence (directed by Jennifer Welsh), the Washington DC & London delegations of the International Committee of the Red Cross, and South Texas College of Law (through the good offices of Geoff Corn). The event is a Chatham House Rule roundtable, involving a two-day exchange of views on key questions of international law relating to military operations. As in the past, the participants were a cross-section of perspectives in terms of both (i) professsions (academia, military, civilian government, and NGO) and (ii) countries of origin (with a variety of North American and European states represented, as well as Israel).

This year there was a particular emphasis on issues arising from the ICRC’s updated commentaries to the 1949 Geneva Conventions. The publication of the updated commentaries provided an opportunity to revisit some of the core issues that relate to the obligations of parties to conflicts under Common Article1 (the obligation to respect and ensure respect), issues relating to classification of situations of violence as non-international or international armed conflicts under Common Articles 2 and 3, as well as issues relating to humanitarian access which arise under Common Article 3 and Common Articles 9/9/9/10 of the Conventions. The sessions also examined protection of the wounded and sick; cyberspace and the LOAC; and the Common Article 3 concept of non-state armed groups.

Over the coming weeks, Lawfare will be joining forces with our colleagues at Intercross and EJIL:Talk! in order to convey, indirectly, a flavor of the workshop. We'll be hosting a series of posts from some of our particpiants in the workshop, giving their own views on some of the issues we discussed this summer.
Intercross kicked off the series yesterday with this post from Marten Zwanenburg (Netherlands Ministry of Foreign Affairs) on “The Obligation to ‘Ensure Respect’ for IHL: The Debate Continues” (available here). Here is a glimpse: 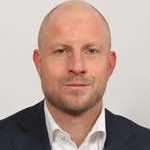 for the Conventions by others that are Party to a conflict. It argues that such a reading is accommodated by the broad formulation of common Article 1. This is not the strongest argument. A more convincing argument in my view is that whatever the original meaning of the provision, it is now broadly understood to include an external dimension. In this view, if indeed the original meaning of common article 1 was limited to a State’s own people, it has since been given a dynamic interpretation by the High Contracting Parties. There are several other examples of provisions of the Geneva Conventions that have been given a dynamic interpretation in this manner.

Schedule for the upcoming posts in this series: