We refrained last week from expressing much opinion on the decisions by both Military Commissions Chief Prosecutor Mark Martins and by the Justice Department in the Al Bahlul case concerning how to handle stand-alone inchoate conspiracy charges after Hamdan II. We refrained both because the news was still breaking around us and because one of us was on the road and blogging less than usual. Now, however, the factual base seems to have stabilized, and Ben is back in Washington. So let us put this as simply as we can: We are stunned by the Justice Department's decision to continue pursuing the appeal in Bahlul, which is going to play out very badly for the government, and we are fully supportive of Martins's decision not to pursue stand-alone conspiracy charges in the 9/11 case. 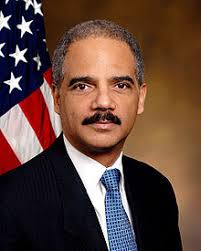 Let's start by reviewing the lay of the land. In Hamdan II, a very conservative panel of the D.C. Circuit held that material support for terrorism was not available as a charge in military commissions for pre-2006 conduct, because material support is not a traditional war crime under the international laws of war. This holding raised a serious question for the conspiracy charges at issue both in the Al Bahlul appeal and in the not-yet-tried charges against the 9/11 defendants. And it confronted both the DoD prosecutors handling the 9/11 case and the Justice Department lawyers handling the military commission appeals with a problem: Should they continue pushing conspiracy as a stand-alone offense? For Martins in the 9/11 case, the question was binary: should he continue with a potentially vulnerable conspiracy charge or drop it and proceed only on those charges that involve completed acts? As Martins explained in a podcast with Ben last week, he recommended to the Convening Authority that he not proceed with the conspiracy charge. This was, at least in our judgment, absolutely the right call. The 9/11 case is an embarrassment of charging riches for a prosecutor. If there's a jurisdictional question about the viability of a stand-alone conspiracy charge, there are lots of charges that have no such problems. And because of the nature of the underlying offense, many such charges are capital. There's no reason to rely on legally weak charges here and thus set up an appellate fight later. The Al Bahlul question is somewhat harder, since the Justice Department has a completed conviction on its hands, and the urge to defend convictions, having obtained them, is understandable. But continuing the appeal in Bahlul means either trying to distinguish conspiracy from the material support charge the D.C. Circuit declared unavailable in Hamdan II, or it means arguing---as the Justice Department is apparently doing--- that Hamdan II was wrongly decided and trying to get it overturned. The alternative was, as Martins did, to beat some kind of tactical retreat. There was actually a right answer to this dilemma---and it was the same sort of tactical retreat Martins took. According to Charlie Savage of the New York Times, this course was very much in play. Indeed, it was the preferred course of the solicitor general's office, until Attorney General Eric Holder overruled the solicitor general on the matter. Let's leave aside for a moment the merits of the legal question. Steve discusses them at some length here, and we have taken in the past a view somewhat more sympathetic to the government's arguments. But you don't really need to reach the merits of the question to realize that continuing to pursue this issue in these appeals is just dumb. Whatever the true merits may be, the government is going to lose this case---no ifs ands or buts about it. It's going to lose big. And when it does, it's going to turn a panel decision of the D.C. Circuit that is contained in the damage it does into a Supreme Court rebuke that may have broader implications. Four justices, after all, have already said that stand-alone conspiracy fails as a war crime. A conservative panel of the D.C. Circuit has now made clear that it interprets the law as requiring alleged violations of the international laws of war to trigger military commission jurisdiction for pre-2006 conduct. Exactly which combination of five justices does Holder think is going to outflank from the right Judge Brett Kavanaugh and his colleagues on this question? Continuing the appeal all-but-guarantees that the law will be clarified in a more-restrictive direction from the government's point of view. Don't let anyone kid you: This is Eric Holder getting in touch with his inner David Addington. It's the same refusal to cut losses and make reasonable tactical judgments about what the government can plausibly expect to get from the courts. The alternative here was simply to concede that the government could not prevail in Al Bahlul in the wake of Hamdan II, to let the D.C. Circuit vacate the conviction, and to move on. This course would, to be sure, have required the government to retry Ali Al-Bahlul on more defensible charges---those involving completed acts. But this would be very doable, and the government is, in any event, very likely to have to do it anyway. At least, had the government taken the initiative, it would not have made bad law in the process. The government here is courting the worst of all worlds. It's going to lose conspiracy as a stand-alone offense in military commissions. It's going to do so in the form of a major Supreme Court decision that will inevitably contain damaging dicta that will further delegitimize commissions. And it's going to have to retry Al-Bahlul anyway.