It’s hard to tell if Marine Le Pen’s official campaign website is a political ad or a perfume commercial. We are on a beach, Marine in a marine scene—so to speak—her blonde hair and cape aflutter in the Norman breeze as she gazes from the rocky coast out to sea. What do you see out there, Marine? A chance, now that you and the British are being conveniently disentangled from one another, for another shot at old timey Anglo-French hostilities? A fellow woman in arms in Theresa May? Or do you see dinghies in the Mediterranean?

The image is a study in gray, except for the spot where, in spectacularly poor taste given the circumstances of migrants drowning in the sea, the camera captures Marine leaning against a concrete post on which hangs, of all things, an orange flotation ring. If one is feeling generous, perhaps the lifesaver is meant to symbolize Europe’s salvation embodied in Mme Le Pen. But the more visceral association is that of the migrants, on whose bodies, both dead and alive, we are so accustomed to seeing orange life jackets, and whom Mme Le Pen had vowed would no longer be welcome on French soil if she won France’s presidency.

My computer is admittedly crotchety, a planned obsolescence—a kind of machine dementia—having set in long ago, but as the site loads, in marine blue, the word “MARINE” and under it, “Présidente,” appear, a rose between the two as though between a dancer’s lips. In the wake of the neo-Nazi overtones of Jean-Marie Le Pen, Marine’s father, the National Front has been keen to emphasize its feminine side, which in this case is a particular type of French femininity; it includes neither hijabs nor alternative gender identities or sexual orientations.

A cross between a page in Vogue magazine—standing in silhouette on the Place du Trocadéro—and a business woman reading a brief and swirling a pen between her thumb and forefinger, Le Pen seems to be trying to appeal to her base by conforming to traditional gender roles, while also hoping to capture a wider slice of the electorate as a working woman.

It’s a funny contrast with Emmanuel Macron’s website, which looks like a high school student’s final project in computer class. Macron seems to be trying to address what many commentators touted during his ultimately successful campaign as his biggest weakness: nobody really knows who he is. It consists of two biographies, the official one, which is enough to make a normal person hang his or her head in shame for not achieving enough. Macron has done a lot in less than four decades. But then again, he started early: Like many French politicians before him he studied at the Ecole Normale Supérieure. Upon graduation he took a job as Inspector of Finances in the Inspectorate General of Finances. He then did a stint as a commercial banker, after which he worked on his predecessor’s campaign. From there he went on to serve as deputy secretary general to President Hollande and as Minister of the Economy, Industry and Digital Affairs. And now this. The second “more intimate” biography describes his family life, and manages to rather awkwardly elide the fact that he married his high school French teacher. The reference to his seven grandchildren will be baffling to those not aware of this fact. But unlike in America, the French electorate is not a moralizing bunch.

"Why not?" asked my 90-year-old grandmother at breakfast this morning. She was far more concerned with president Francois Hollande's undignified visit to his girlfriend on the back of a scooter driven by a member of his security detail. “Presidents have always had girlfriends. Security would pick them up and bring them to the Elysée Palace. That's why there are so many staircases.” 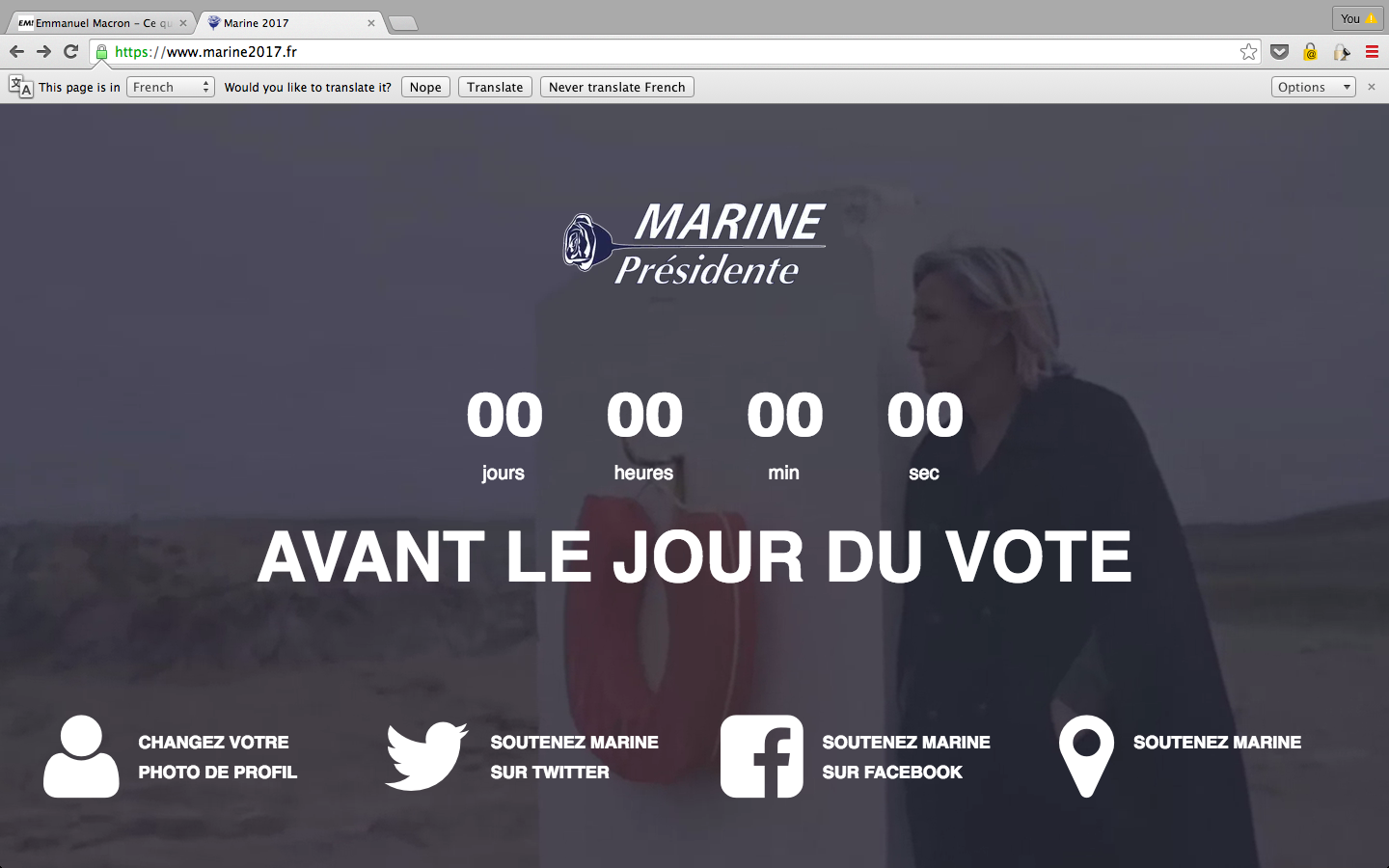 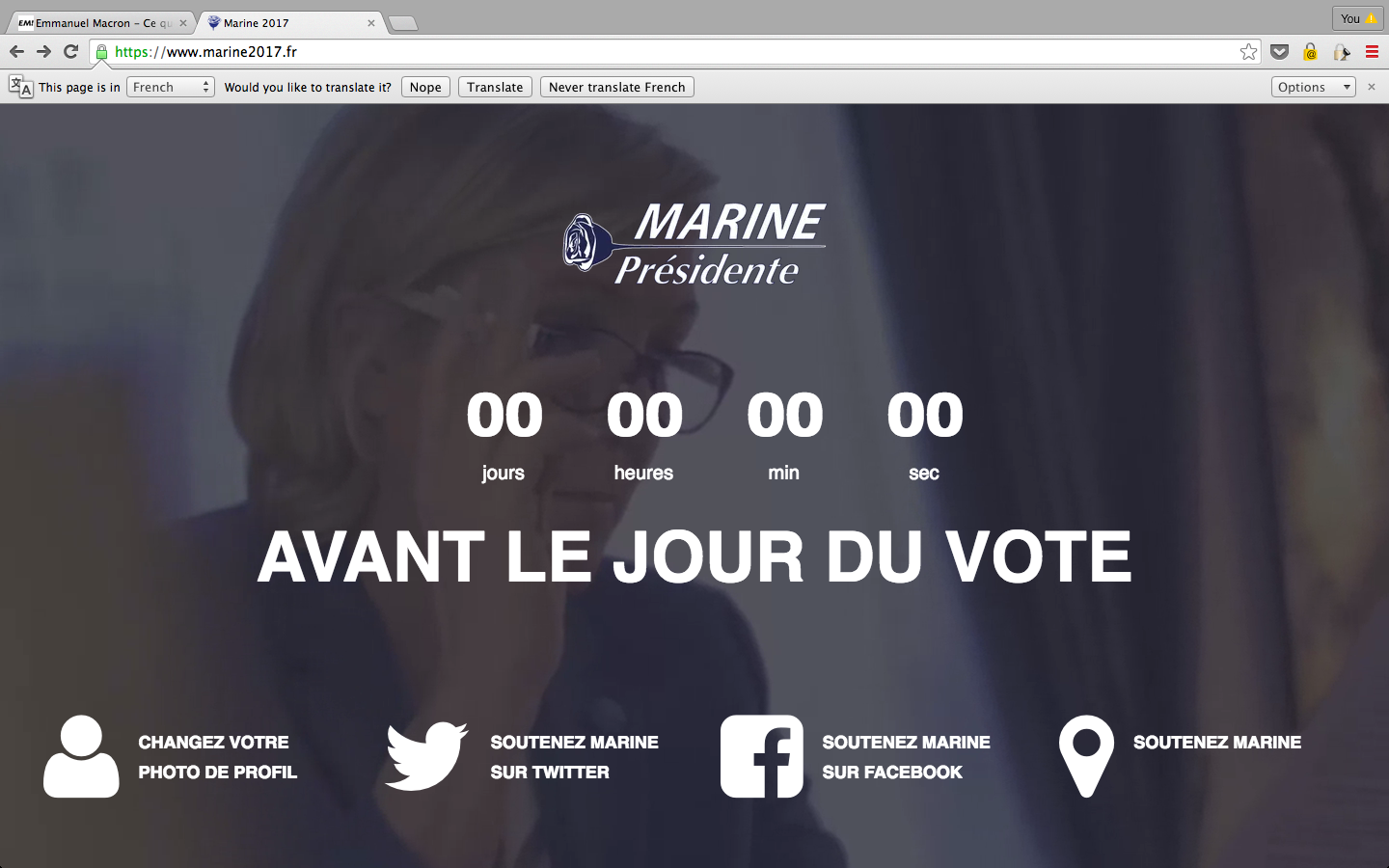 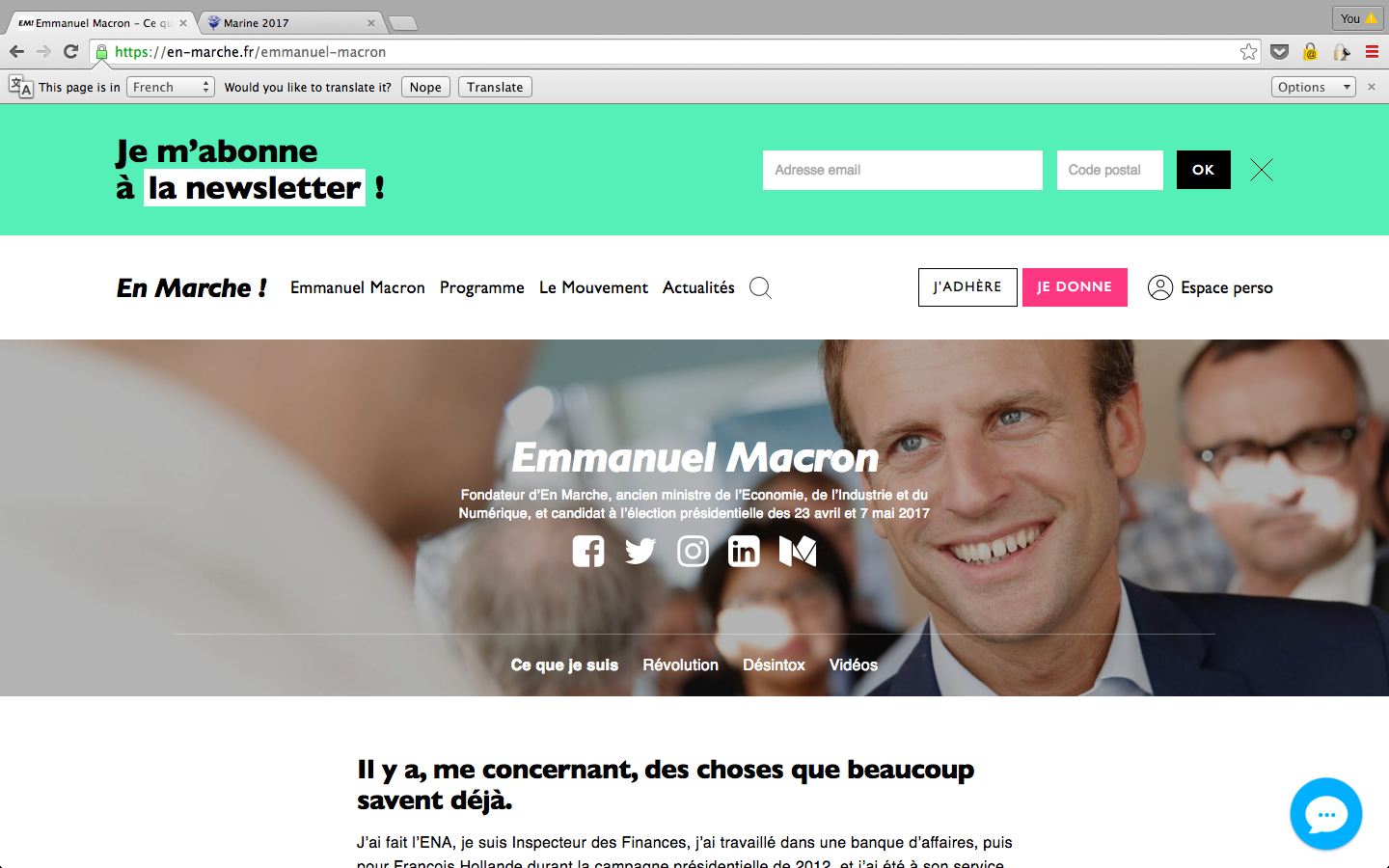 “‘Boro, ‘boro, ‘boro,” chants a low chorus of male voices as you get off the metro at Barbes-Rochechouart; you come to this neighborhood for all your black market cigarette needs, and the neighborhood reminds you of that if you happen to have come for some other reason.

The Bangladeshi hawker on the Rue Barbes in the Goutte d’Or (Drop of Gold) neighborhood in Paris knows how to say “peanut” in five languages. “Arachides, aracides, arachides,” he says, “ngubamay ngubamay ngubamay.” When I ask him what the second word means, it turns out that we do not have enough of a language in common to communicate. I ask a West African colleague of his, who tells me the word means peanut in Lingala, a language spoken in the two Congos.

On this wide street, people sell illegal iPhones in broad daylight while heavily armed police patrol intermittently. Women sell homemade hibiscus and ginger juice in pushcarts. One gets very nervous when she sees I have a sound recorder. I try to show her it is not a camera but she pulls her hijab even higher across her face.

“Many people are afraid, especially those without papers. If she implements, her programs the first to be affected will be us Muslims. She’s really racist. She’ll close the mosques and forbid the veil in the streets,” says Kader Sassi of Le Pen. He has lived most of his life in France though he’s originally Tunisian. “But this country is not our home so what can we do?” he asks, shrugging his shoulders. Though his father bought a grocery store in 1969, he will drop off his citizenship application for the first time this November.

Some young French Algerian men who own a clothing store nearby were less fatalistic, “we have another citizenship. If she’s elected and things get bad, we’ll go to Algeria.”

The older generation has more faith in their adopted country. “All our elected representatives in this neighborhood are Green Party, Communists and Socialists,” says 64-year-old Mohamed, a French Algerian who declined to give his last name. “They will defend us. If she wins, there will be a strong mobilization. Look at what’s happening in the U.S. Every day there are demonstrations. There will always be an opposition, maybe there will be a revolution.” He is the president of a pétanque (a game in which usually men of a certain age stand around and try to throw metal balls as close to a wooden ball as possible) club that holds its competitions on a piece of land owned by the municipality. The pétanque club has a chicken coop that serves as a kind of petting zoo for local children. During Ramadan, members hand out meals every evening and at Christmas, they distribute presents to kids in the neighborhood. “We do everything,” he says, “everybody comes here, Algerians, Moroccans, Tunisians, West Africans.” A number of white French people also come and go as we talk.

Other people I spoke with today took the very fact that Le Pen had even reached the final round understandably personally. “I’m just disgusted by the whole thing,” said a Tunisian man who declined to be identified, “I can’t believe it got this far.”

“She’s going to win and I will go back to my country and the white people in my country will come back here,” said a Congolese woman defiantly as she packed up the jewelry and makeup she’d been selling. As an undocumented immigrant she feared a crackdown would be imminent under a Le Pen government. “I’m happy about it too, I’ve had enough of life here.”

As I walk back out onto the bigger thoroughfare, the peanut and juice vendors have disappeared and four police officers in bulletproof vests and pistol holsters walk four abreast along the sidewalk. Moments later the vendors are back.

I wanted to go to a Le Pen stronghold today but couldn’t find one within the city limits. Le Pen is not popular in Paris itself. Like Trump, she’s a phenomenon of regions alienated from the centers of power.

But what if Mme Le Pen hadn’t hailed from a political dynasty whose name for decades has been synonymous with a neo-Nazi platform? What if President Trump hadn’t lent right-wing populism, at least in Europe, the stink of failure after his first hundred days in office? Would we perhaps have seen a different outcome today?

Le Pen is only 48 and is already grooming her niece Marion Maréchal-Le Pen to succeed her in the party. Tonight, the Front National got closer to power than it ever has. So tonight’s vote was not only a victory for Macron, the man with the high school computer class web page who represents Europe and doesn’t scare people in neighborhoods like the Goutte d’Or. It was also a normalization of a party that for much of its existence has belonged to the lunatic fringe—a validation of that woman of vision staring out to sea. Le Pen herself called the result “historic and massive.”

It remains to be seen whether Macron can offer anything like the soul-searching and healing that France, and indeed, all of Europe needs if it is to survive as a multinational project. If not, it is likely that France has simply kicked the can down the road, and in the meantime, the National Front will have the opportunity to give itself one hell of a makeover. That was the gist of Le Pen’s concession speech, in which she promised to effect a “deep transformation of her movement” that would constitute no less than a “new political force.” Tonight, to a large extent, the ideas of the Front National were legitimized; it was the packaging that fell short. Marine’s perfume may not have been enough this time, but she and Marion have five years to come up with a new approach.

And they have a big base on which to build.

Topics:
Tags:
Laura Dean is a journalist reporting from the Middle East and Europe. Previously, she was the Senior Middle East Correspondent for GlobalPost, writing from Egypt and other parts of the Middle East and North Africa. Dean formerly worked as an election observer with with the Carter Center in Tunisia and Libya and served on the staff of the Senate Foreign Relations Committee in Washington, DC. Her work has appeared in The New Republic, Slate.com, Foreign Policy, The London Review of Books blog and The Globe and Mail, among other publications. Dean grew up in Bahrain and graduated from the University of Chicago. She speaks French and Arabic.
More Articles
Published by the Lawfare Institute in Cooperation With